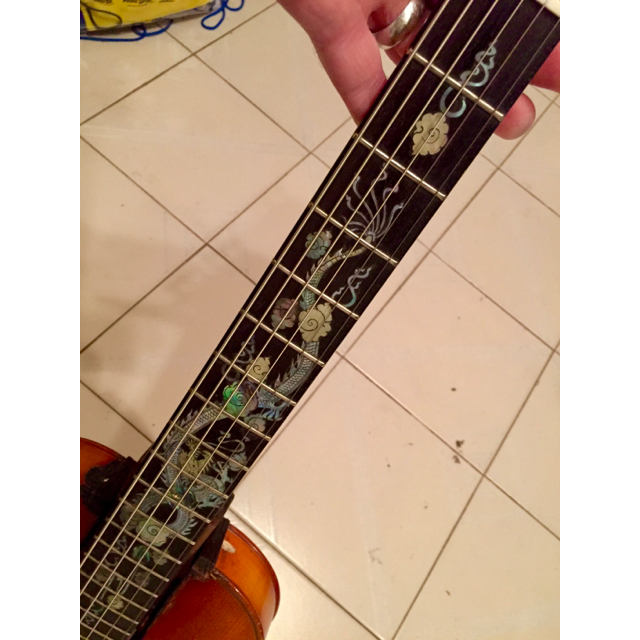 It's a Busker Guitar

That you can play anywhere.

This compact design makes it easy to bring along.

The wine barrel stave marries the viola for the first time. 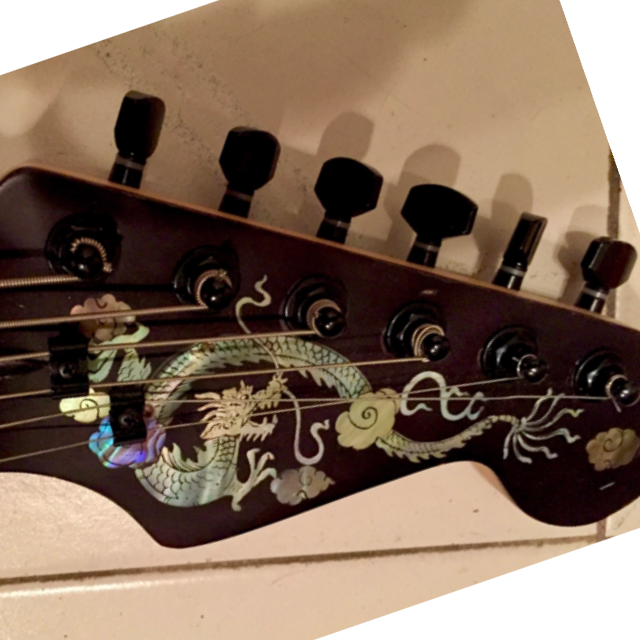 When I was on the bus

I sat next to a lady who really liked the guitar that I had with me that day.

She commissioned me to build a guitar that she could give as a gift to her husband for Christmas. This was the next thing on my list of ideas to do so I pushed myself and got this together for the day. Turns out in my haste, there were some wires crossed and every time I put it together there was no sound. I was stumped and stressed about making the deadline so I went straight to the next bin and worked out another guitar which was completed before the day.

In the process of stringing this one with used strings for testing it came down to only one for the G which was the right gauge, but it was snoot long enough, soo I put it on the D tuner and it crossed over the other string on its way to the tuner.

When my dad came over for Christmas, he saw it hanging in my shop, and not knowing that they are called "strings" he said, "It looks like you have your wires crossed".

When the holidays had passed and the stress of these events had calmed down, I went back to work on my guitars. This was the first thing I wanted to solve. So I took it apart and traced some wires and sure enough, that was the reason this thing didn't make sound by the deadline.

I'm glad that it got screwed up because it turned out much better than the one she bought and I didn't ask for enough money from the customer in the first place.

out of many, one.

E Pluribus Unum was once the motto of the United States of America and references the fact that the cohesive single nation was formed as the result of the thirteen smaller colonies joining together.